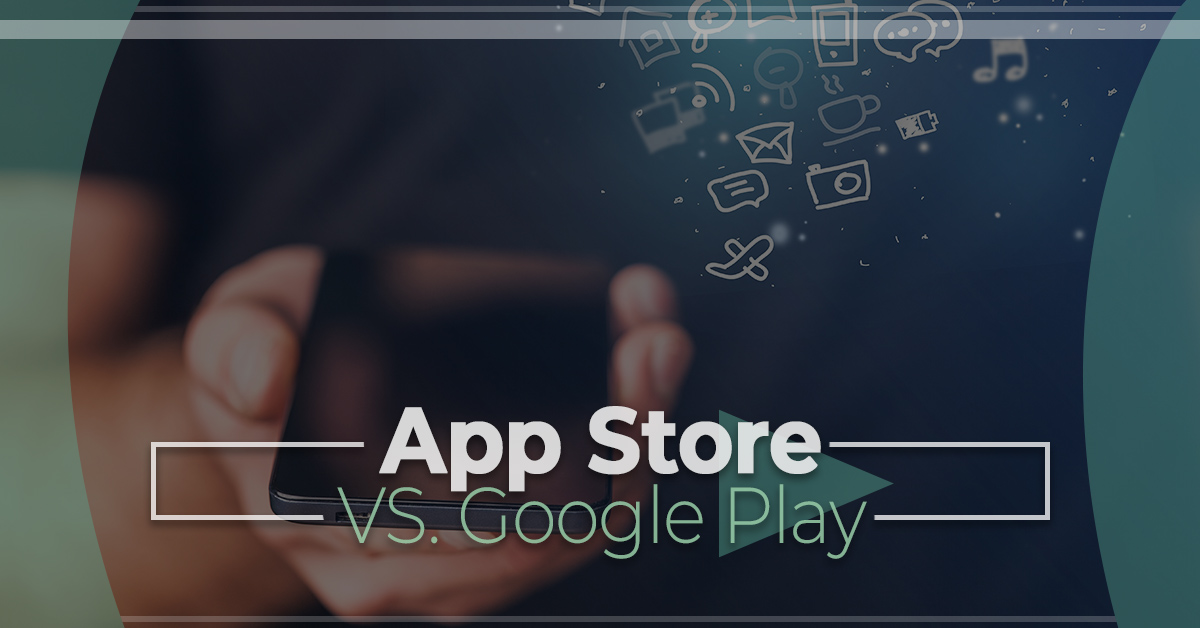 Developing a mobile app for your business? Off the bat, you have one very important decision to make: iOS or Android? Good question. With 99.6 percent of smartphones running on one of these two operating systems, the competition has intensified into a continuously narrowing “two-horse race.” Here at Xecuit, we will dive into the chain of events that has occured over the past few years in this ongoing battle for the ‘alpha dog’ spot in the mobile app realm to help you determine which is potentially best suited for your paid app.

While it is normally popular to compare competing businesses by market share, it is best to compare these two software conglomerates based on their users’ app purchases. Since you want to have an app designed to generate revenue, it’s important to determine which operating system supports the most app buys, not simply downloads. It may surprise you, but recent analytics reports by App Annie indicate that on average iPhone apps make 75 percent more money than their Android peers, despite the Google Play market share being four times larger than that of Apple’s App Store.

So now the question that remains is, why do iPhone users spend more on apps than Android users?

One factor that is influencing why Apple owners are spending more on apps than their Android counterparts is the higher engagement noted from iPhone users. According to Experian, a global information services group, iPhone users spend an average of 26 minutes more a day on their devices in comparison with Android users. More money is also spent on e-commerce shopping by iPhone users.

Now let’s compare the Apple user demographics to that of the Android, where the diversity of devices from low-budget phones to high-end smartphones attracts a wide variety of user types. Each of these varying types of Android owners have varying levels of engagement and usage. On average, Android users are more price-conscious, which makes sense because price is the greatest determining factor towards choosing an Android over an iPhone in the first place.

Studies have shown a correlation between the price of the initial product or hardware and how much is spent additionally on apps and software. The assumption is that lower-end users do not buy as many apps because they are not seeking to acquire as much value out of their phone as a high-end iPhone or Android user is. Another influencing factor is the majority of the people who own Androids live in developing nations. This can play a role in number of app purchases because the use of credit cards is lower in these regions.

Meanwhile, Forbes states that 41 percent of iOS users earn at least $100,000 in annual income, and tend to be early adopters to new technology and products on the market. They also desire to get more out of their more expensive devices, which means higher levels of engagement. They are therefore more likely to invest in applications that will increase the capabilities of their smartphones.

Another reason iPhone users spend more on the App Store than Android users spend on Google Play is due to their significantly higher levels of brand loyalty. As you most likely have already noticed through observation or your own experience, iPhone users are incredibly loyal. According to a recent Morgan Stanley survey, 92 percent of iPhone users say they would be likely staying with Apple for their next phone. This is a 6 percent increase from 2016. When asked the same question, Android owners were only 77 percent likely to return to Android.

Which Users Spend More On Apps?

Experts claim apps in the App Store tend to be more expensive than those in Google Play, which could be a contributing factor to the greater amount of overall iPhone app purchases. According to Flurry Analytics, in 2013, the average price paid for an iPhone app was 19 cents while it was just 6 cents for an Android app. In fact, there are paid apps in the App store that are half the price in Google Play, or even free in some cases. Besides the initial cost of the app, these reports also estimate that iOS users spend nearly 2.5 times more on in-app purchases than Android users.

The Tides Are Turning

Although hearing this news about paid apps thriving in the App Store compared to Google Play may sound enticing, we must alert you that the tides are turning. Over the years, the popularity of paid iOS apps has depleted since when they accounted for 74 percent of apps in the 2008 App Store. Now, 78% of the 2.2 million apps on the App Store are free. Meanwhile, the Google Play Store has begun to see an increase in their purchased apps, thanks to a streamlined buying process that includes gift cards and prepaid credits. The number of paid Android apps has remained relatively constant at around 31%.

The Gap Is Narrowing

Although iPhone users have over previous years spent more on apps than Android users, recent trends show that the gap is narrowing. A lot of this can be due to the UI design and user experience of both platforms becoming a more equal playing field. Apple has long held the edge in the UI sector until recent updates made by Google. Google Play is certainly stepping their game up, and hoping to be able to surpass the App Store number of apps, but as an app owner, more apps isn’t always a good things as it means more competition.

While there is no definitive answer on which platform is the best for showcasing your paid app to the world, this information should help you in making a decision about which is right for your specific app. Have more questions? Or do you want to design, develop, or optimize a mobile app for iOS or Android? Reach out to our team of UI experts here at Xecuit and get a flat rate quote. No matter where you may be in your mobile app endeavors, we can help you!